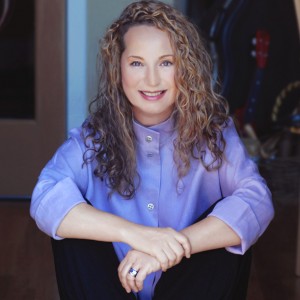 Calling all kids! On April 30-May 1st, Grammy Award-winner, children’s author Bunny Hull will be signing her award-winning children’s books at the L.A. Times Book Festival on the USC Campus, Booth #543

Join us at the Festival that attracts more than 140,000 book lovers each year. With previous appearances at KidFest, Kid City and at Festival of Books on the Reading By 9 stage, this year Bunny makes a special appearance at the Festival of Books to sign her award winning books. Join Etan Boritzer, best-selling author of the What Is series and Bunny Hull Grammy winner and award-winning author of the Young Masters Little Wisdom book and music series at booth #543 on the USC Campus.

The School Library Journal call’s Bunny’s books “…treasures to share…” Join us for some fun and maybe even a song or two, visit Booth #543 in the children’s area. See you there!

Dates & Location
The annual Los Angeles Times Festival of Books will be held:
Saturday April 30, 2011 from 10am – 6pm
Sunday, May 1, 2011 from 10am – 5pm at at new location:
University of Southern California
Click here for map.
To locate USC on Yahoo! Maps or similar mapping software, you may use the intersection of Exposition Blvd and S Figueroa St, Los Angeles, CA 90089.

Parking
Parking at the USC campus will be $10.
Please go to the Getting There page for a detailed map. 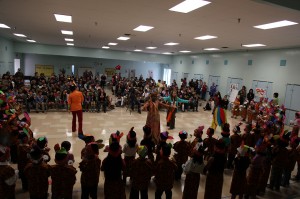 Hollywood, California – It was a joyful day as eighty plus Young Masters at Selma Elementary recently showed what they learned and graduated from Dream A World Education Inc.’s six-week Secrets of the Heart residency program for kindergarten and first grade.

This very effective program utilizes the arts to teach kindergarten students about friendship and a smile through the art of music and songwriting, kindness through the art of dance, imagination through theatre arts and storytelling and gratitude through the visual arts. The program, designed by Bunny Hull, Dream A World founder and Executive Director of Dream A World Education, Inc., has been recently modified in order to continue the Secrets of the Heart theme through to the end of the school year. Principal, Dr. Michelle Windmueller says, “The program brought something so special to Selma. It fundamentally changed the way the children saw themselves. We expect to have this program here for years to come.”

Funding for Secrets of the Heart is provided by outside resources, corporate sponsorships, foundations and by individual donors who see the value and benefit it provides for children in their most formative years.. 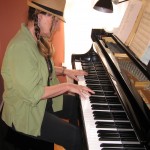 Grammy Award winning songwriter Bunny Hull reflects on how she was guided into a career as a songwriter and singer and talks about what keeps her going.

From the moment I wrote my first song at age fifteen I was hooked.  I had been learning to dance since age three, playing the piano since age seven and singing since I was old enough to talk.  All this was entirely due to my mom, who showed me what it meant to  experience arts, arts, arts.  So I’d been singing and playing for a while and nobody told me the next thing I should do was write a song, but going through my teens was somewhat trying.  I guess anyone going through their teens is experiencing a lot of stuff: like getting to know yourself, wondering how you fit it, or in my case being the daughter of parents divorcing and having your first broken heart.  Sheesh, what was I supposed to do with all that information?

I had to write.  It was my therapy.  Thank God, something in me wanted to put my thoughts to paper.  So that’s what I began doing at fifteen -never knowing that all these years later writing would be one of the things for which I live and breathe.  I LOVE to write.  I love writing music, lyrics, articles, curriculum…pretty much anything.  Can you tell?

Mom was a professional singer from the big band era with a gorgeous smoky voice and beautiful face to match.  Her professional name was Jeri Keever. I always thought she looked like a young Betty Grable. I kind of sound like her.  I always had a lot of smoke in my voice.  Little did I know at fifteen that I would be following in her footsteps and become a singer, hired by many for the breathy quality I inherited from mom.  And that I would end up working with people like Quincy Jones, David Foster, Anita Baker, Christopher Cross, Billy Idol, Michael Jackson and a bunch of others.  Yes, singing has always also been my passion.  It’s hard not to love it.  Who’s blessed enough to find two things for which they are ultimately inspired?  I guess me.  I’ve got a lot for which to be grateful.

There’s something about writing, though, that makes my spirit fly.  You know you’ve found your passion when that happens.  It pretty much has always felt effortless to me.  It’s always come easy.  Like most songwriters I would write ideas on napkins and bits of paper, take them back to the studio and make something out of them.  It’s that spark you get when you know you have an idea that means something – a phrase, a title, a little melody that sticks in your head, something that says it a little differently. It’s not good enough, though just to have an idea, you have to work with it, turn it inside out and every which way but loose – make it really mean something. You have to put in whatever time it takes to finish it.  It doesn’t always come out all at once.  When that happens it’s a gift!  It does happen -but not always.  Then once you write a song you have to record it , dance with it and massage it until you know it’s finished.  Someone asked me once “how do  know when a song’s finished?”  My reply was “you just know.”  Something inside you says “that’s it.” And I have to say it’s the best feeling in the world when you’ve finished a song you feel good about.

My career as a songwriter has taken me on some pretty wonderful journeys.  One of the greatest was probably winning a Grammy for co-writing New Attitude, 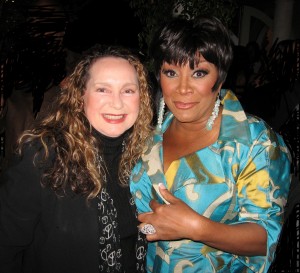 which Patti LaBelle recorded for Beverly Hills Cop.  Then there was a Dove Award for LeAnn Rimes version of Ready For A Miracle from Evan Almighty. Not every song was a hit song, but there have been lots of incredible writers I’ve collaborated with along the way like Brenda Russell and Diane Warren. I still recall Diane and I writing in her fabulous funky little Hollywood Blvd. office space so many years ago.  My first song I ever had recorded by an artist was sung by…Donny Osmond.  Then after my cult hit with Angel of the Night by Angela Bofill, I broke through with an album by Stacy Lattisaw co-written with Narada Michael Walden.  Let Me Be Your Angel was my first top ten song. Thank you Narada!

Now that I’ve transitioned from mainstream pop music to other genres like children’s music and books, the process stays just as exciting and fresh to me.  It’s just as thrilling to get an idea and work it to fruition.  And I get just as much pleasure writing curriculum for children and finding the ideas that will resonate in their little hearts and minds.

I don’t know if I’ll ever totally be finished writing a good mainstream song with a message, but in the meantime I follow my bliss and it leads me to beautiful places with people I love, admire and respect.  What more could anyone want from life?  I must confess  however, there is still more I have in mind.

My whole life thus far has been me – using the gifts I’ve been given to touch others – to make a difference by writing something or singing a song.  No wonder that my entire life, right now, revolves around being able to give that same experience to children.  To teach them that they have gifts to share – a lot of different gifts that live inside them.  You’re never too young to learn how to use those gifts.

I became a writer because I had to.  Everything inside my heart and mind wanted me to.  If you have a gift  – use it.  Use it with all you’ve got.  There’s no one in the whole world that can give that gift the way you can.  Using your gift, in your circle of influence no matter how large or small will affect the world in ways you’ll never know.

Enjoy the journey – LOVE.  Life is for giving.