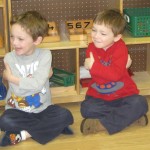 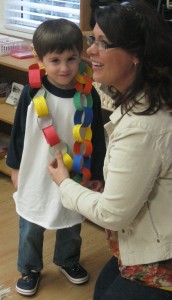 Moorsetown, New Jersey – Stephanie Pelly implemented the Young Masters Little Wisdom Discovery Program for twenty eager young students at the Montessori Children’s House in Moorsetown yesterday.  The program, a special addition to this quarter, began April 5th and will run through May 17th.  Each Tuesday, Stephanie brings one “Secret Of The Heart” to students through story, song and creative interactive workshop.  The first “Secret Of The Heart” was friendship.  It all began when children took the Young Masters Pledge and talked about what a gift was – not the kind of gift you buy in a store, but the kind that you carry inside your heart.  The gift of friendship.  They listened to the story, The Friendship Seed and found out, not only how you make a friend – but how you keep a friend.  They talked about the qualities of friendship and wrote them on their big flower poster, they discovered some of the things we all hold in common and learned how we’re all connected.  The paper friendship chains they exchanged was an example of that connection they got to take home with them.  It was a great day for these children as they learned what it really means to connect with someone – what it means to be a friend.  After all what would the world be without friendship and what would life be without the good friends make along the way.

Montessori teachers:  You can download this curriculum for FREE! 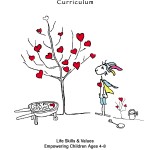 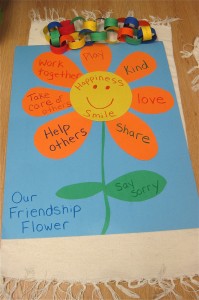 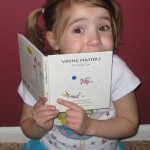 How do children really learn what it means to have an imagination?

Moorsetown, New Jersey – Stephanie Pelly introduced Montessori students to their “Magic Eye” this past week.  Children naturally use their “magic eye”, their imagination, but do they really understand the value of this important gift that’s always available to them?  The Young Masters Little Wisdom Discovery Program works to connect children with concepts like imagination.

Stephanie Pelly, co-creator of this curriculum, is facilitating the Discovery program at Montessori Children’s House where this week she focused on empowering children to use their own imagination in a variety of ways. The children start with the Young Masters Pledge, then read and listen to the the story from Young Masters: The Magic Eye.  Next they are guided through several right brain activities as they creatively express themselves, verbalizing all that they’re seeing in their mind’s eye. 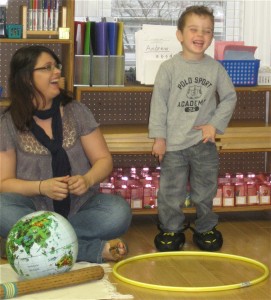 They practice being storytellers as they examine pictures of different people from magazine cut-outs. They use “The Magic Circle”, a hula hoop, to pretend they’re fishing, eating a bowl of ice cream or building a sand castle. One boy even sees a train moving around in circles on a track. They sit inside “The Magic Circle” and pretend they’re somewhere else.  One child is  in a big city naming all the vehicles he sees, one sits at home petting her dog. One little boy even sits on the Easter Bunny’s lap. What does the Bunny look like, what color is he or she? What fun!

The song  Circle Of Creation, from “The Magic Eye” CD is played as they pass the “earth ball.” When they song lyric says “tell me what you see,” the children name different animals they see on the globe. 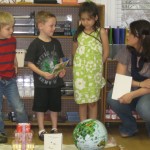 Connecting children to the gifts that come natural to them are what the Discovery Program is all about.  Helping them discover who they are and what makes them unique.  Encouraging them as their individual characteristics and personalities emerge. This is the gift that teachers like Stephanie Pelly give to children.

Young Masters: The Magic Eye – Learning How You Make A Difference

Stay tuned for the next unit – Young Masters: The Hidden Treasure as the children at Montessori Children’s House discover gratitude and why it’s so important to be thankful.

The Young Masters Little Wisdom Discovery Curriculum for Montessori and other versions of this curriculum are available right  now for free.  Click below to take advantage of this offer so you can share this gift to the children in your life. 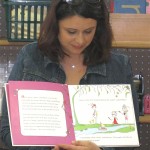 Moorsetown, New Jersey –  The fifth unit from the Young Masters Little Wisdom Discovery Curriculum continued for an enthusiastic group of students at 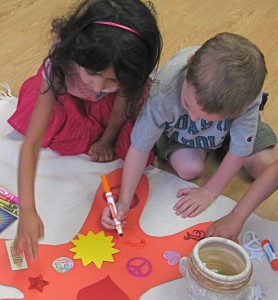 Montessori Children’s house this week.  As always the lesson begins with the YOUNG MASTERS PLEDGE.  The only difference today is that three children lead the pledge, adding a few extra turns to liven things up.   “Great job!” said Stephanie Pelly, who is co-creator of the curriculum.  As the day began they reviewed what they had learned over the past four weeks.  “Who can remember the secrets of the heart?” Miss Stephanie asked.  “Friendship,” said one boy.   “Imagination,” said another,”Gratitude,” a little girl chimed in.  “Courage,” said one of the smallest boys.  “That’s my favorite,” as he continued to confess he loved to wear his power badge. 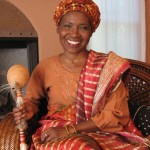 The children were introduced to Saphinne this week, the storyteller on the CD. In real life that’s Elayn J. Taylor.  “They really liked hearing her voice,” said Miss Stephanie.  By the end of the story they had learned the Invisible Power is CREATIVITY.  Everything begins with an idea.

They talked about how all people are creative because everybody has ideas.  Everyone has an Invisible Power.  They discussed how people create artwork like Kye Fleming, the illustrator for the Little Wisdom books. They looked at what went into creating a painting Miss Stephanie brought to class. They found out how an author uses the gift of creativity when he or she writes a book and how a singer or a songwriter uses their creative gifts to share their own music.   They learned, though, that CREATIVITY in many different forms.

CREATIVITY is the power you can use to create anything you can think of!  They talked about famous creators like Alexander Graham Bell, who invented the telephone and Thomas Edison, who created the lightbulb.  “What about Walt Disney as a famous creator,” said Miss Stephanie as she showed pictures of all of those brilliant creators.  “Think of all he created and the people who worked for him created.”

“Now it’s your turn to use your creative power, said Miss Stephanie.    With limited time for the lesson, the best choice was a group project.  “We’re going 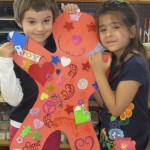 to practice using our Invisible Power together by creating something where everyone can take a turn adding something special.”  Miss Stephanie brought out her “Peaceable Being”.  “How can we make this special?” asked MissStephanie.  They brought it to life together – drawing on it with markers, decorating it with stickers and adding paper cutouts.  Music from the CD played in the background as they learned cooperation, how to work together, take turns and share materials.   They learned what it meant to use their creativity and they were very proud of their creation. 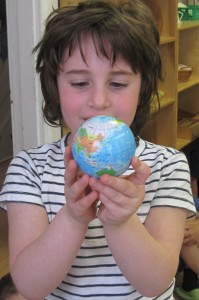 At the end of the lesson, they passed a small globe.  As each child held it in their hands they said, “I am a creator. I use my gifts.”  The children are creating postcards this week either drawing themselves as a Young Master or making pictures of the Secrets of The Heart.  What could be better  than a group of children learning they’re born with an invisible power and gifts they can use their whole life long .

Next week is the last unit of the Young Masters Little Wisdom Discovery Program, where they will learn about “This Little Light.”  The shines inside each of them – LOVE.

Here are a couple of videos which show the Discovery program in action.

If you’re interested in bringing the Young Masters Little Wisdom Discovery Program to your school.  The curriculum is available right now at no cost to you, by clicking here.